For reasons that are too long to explain here, and in particular her sudden death, Daniel-Lesueur was buried in the Montparnasse cemetery in Paris in a vault belonging to her younger brother Henry Loiseau (where her mother-in-law and their mother had been buried). Actually Daniel-Lesueur was to be buried initially in Montauban, the birthplace of her husband. 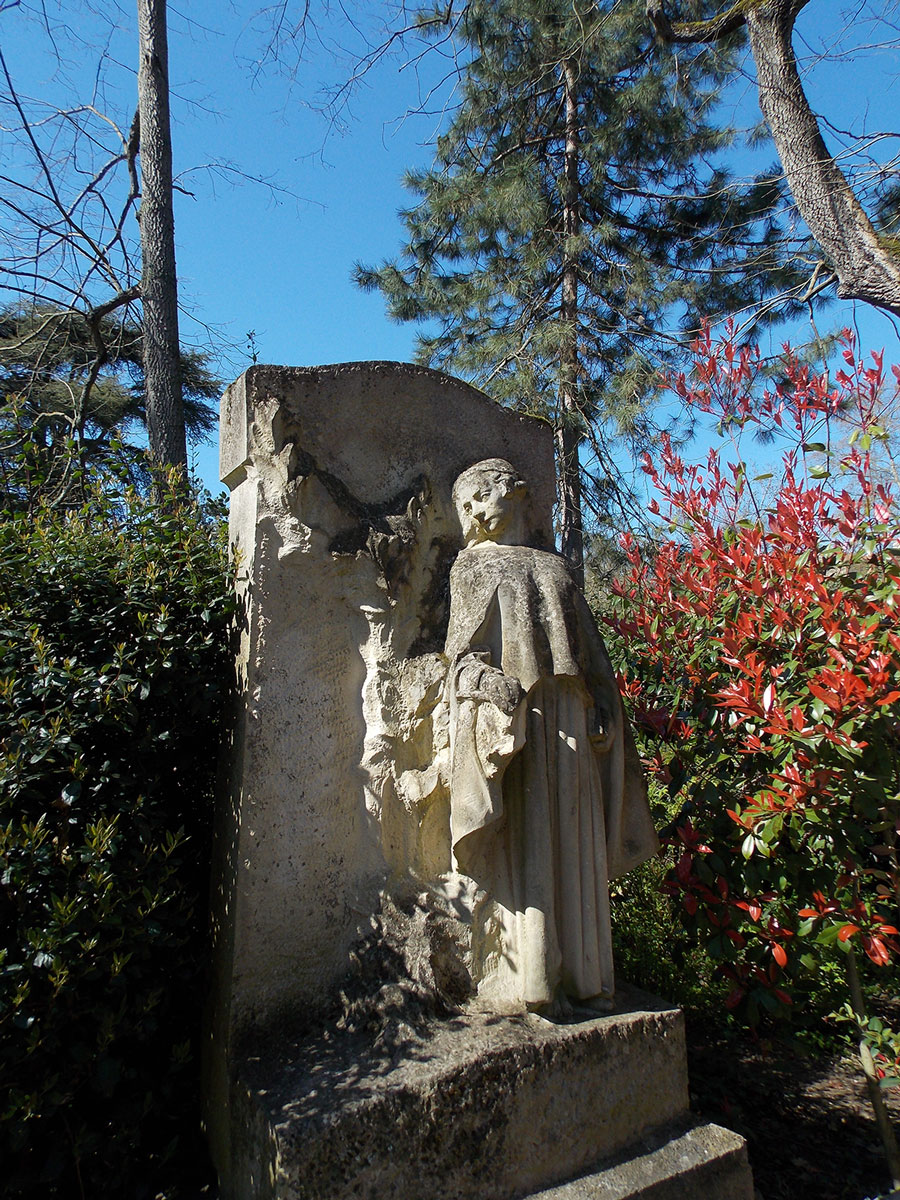 The photos show the state of the sculpture (above) and the tomb (below) in the spring of 2015.
[ click on photos to view full screen ] 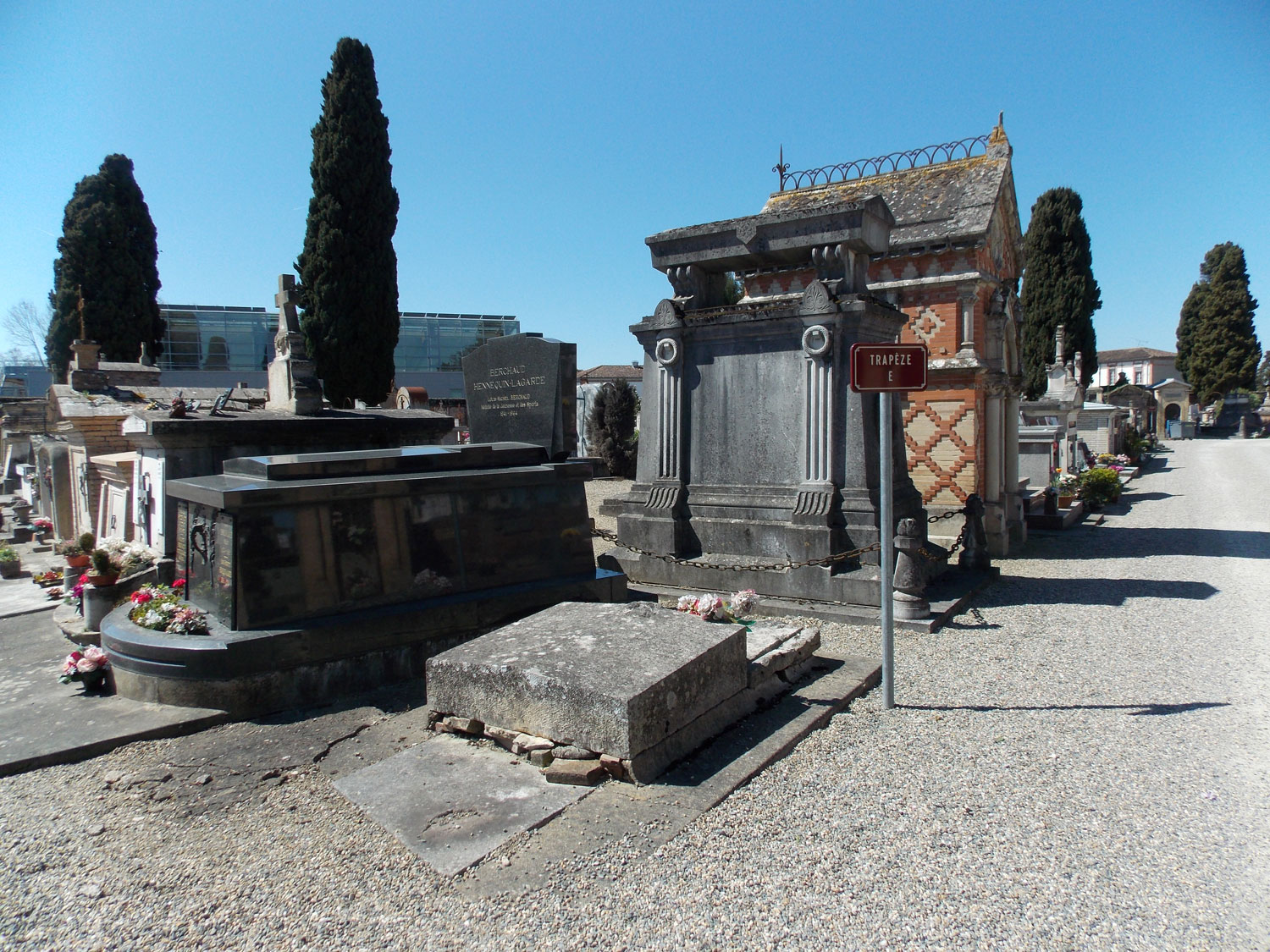 Meanwhile, a funerary slab with her main works was installed in Montauban (old cemetery). Henry Lapauze commissioned a stele from Jean Boucher, a well-known sculptor, to decorate his wife’s tomb. This artist was the author, among other things, of the bust of the Countess of Segur still visible in the Jardins du Luxembourg, and the monument of Victor Hugo in Guernsey. He was preparing the one of Gallieni, which was then erected at Place Vauban in Paris.

But Henry Lapauze died in April 1925. Very busy professionally and also very ill, he had not been able to carry out his plan to bury his wife in Montauban. Only the stele seems to have been installed on the tombstone. Henry Lapauze is buried in a separate but close vault (he had just remarried four months earlier actually). Assuredly, the stele adorned the “grave” of Daniel-Lesueur in Montauban, consistent with the project of Jean Boucher and as it seems plausible given the state of the gravestone. The ensemble is therefore a cenotaph raised in the memory of Daniel-Lesueur.

In 1933, Daria Lapauze-Guarnati, the only daughter of Henry Lapauze (from a first wedding) who lived mainly in Italy, offered the stele to the city of Montauban for the Ingres museum. Her father had already offered to this museum many works representing Daniel-Lesueur, including a terracotta head by Denys Puech, a pastel by Mrs. Alfred Roll, and a painting by Paul Chabas. But the city decided to install the stele in its Jardin des Plantes. This stage was undergoing renovation (summer 2019).

According to the conservation of the Montparnasse cemetery, Daniel-Lesueur was probably never buried in Montauban because there is no clue of any exhumation and transfer of the coffin to Montauban. The Parisian vault was removed in 2006.